Hardings Way is incomplete and frequently under threat. What exists is a fairly good and very popular route from Wisbech Road to Boal Quay, but the route south of Wisbech Road is still not open (2014). Most of the connections are also incomplete: when buses were allowed onto Hardings Way, we were supposed to get improved connecting routes including through the town centre (never happened) and past the Southgates (dangerously botched). Instead, the northern part is under threat of being opened to taxis and minicabs (July 2014 draft Air Quality Action Plan) and there are frequent rumours of it being opened to all traffic, contrary to local and national policies. 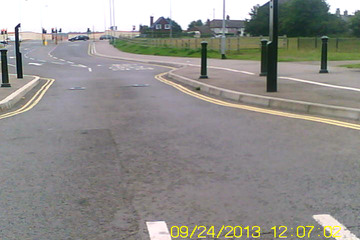