Hardwick is seen as a commuter village for Cambridge but currently there are no cycle paths at all within the village, other than a 2 mile long on-road advisory shared with 40 mph traffic. There is also no cycle path north-south through the village - just over a mile. This is a village of around 1250 homes currently being extended to around 1500 but with little attention being paid to cycling yet.

In the S.106 Agreement for West Cambourne construction (2350 homes), SCDC Planning Reference S/2903/14/OL, Cambridge County Council have included an upgraded Cycle and footpath from West Cambourne to Cambridge passing through Hardwick. This can be seen in the S.106 Agreement Schedule 13 and is shown as Fully Funded in the current Cambridge County Council Transport Investment Plan, Scheme number 123.

Before construction of this goes ahead, will there be consultation with villages and residents along the route and do we have any indication of when this might commence? I note there should be plans available but these plans should be readable, clarified and modified with input from the villages on the route including Hardwick.

In the original plan submitted it seems the cycle paths proposed pass directly in front of 150 or so businesses and residential properties accesses and driveways which would seem to be entirely inappropriate for serious cycle-to-work opportunities. 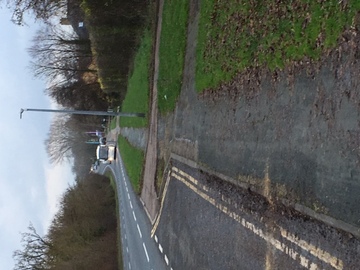